The worst is over, for now. France is stunned, but standing, and preparing to display a large demonstration of unity tomorrow, behind over 40 heads of State marching as one in the defence of freedom. They are most welcome, and I have to say the outpouring support coming from all around the world has been a tremendous help in these horrible moments. We could feel the huge wave of solidarity and emotion spreading across all continents as pictures kept showing crowds gathering and displaying the three famous words “Je suis Charlie”. We have cried, again and again, as one city after the other appeared on our TV screens, making us feel less alone in our anguish and despair.

And so, it is over. While our authorities have reminded us that more attacks may happen, a certain sense of “normalcy” is now coming down over the city.

These barbaric idiots did not just kill 12 cartoonists, two heroic policemen and many innocent people. They attacked a symbol of freedom, which is at the very core of our National identity.

They did not take hostage just a few Jewish shoppers, but the whole Nation. And the whole Nation has responded. Not with shouts of hatred and calls to revenge and murder, but with dignity. People did not wave weapons or fists in the air, but pens.

In Toulouse, which had been so brutally attacked a few years ago, people were singing the Marseillaise. Out of tune, sure (terribly so, gosh, someone please tell the government to increase the number of singing lessons in French schools). But they were singing together.

Our unity has not been destroyed, but strengthened, as the German chancellor Angela Merkel noticed. And, yes, in this era that seems to have respect only for money, celebrity and sportsmen on steroids, I feel extremely proud to be part of a Nation that gathers around a bunch of free-minded, insolent cartoonists. While the words “JesuisCharlie” have spread around the world, it is worth noticing that not one newspaper has dared republishing their drawings.

It would take too long to explain what this very newspaper meant for all of us, even though their readership had trickled down to a mere 30,000. Many disagreed with the editorial line they had adopted under a new direction. But that is totally beside the point. The terrorists might as well have attacked Asterix, or Molière, our most famous playwright who was already attacking religious fanaticism as early as the mid-17th Century. So, these journalists knew their lives were under threat, but they kept going.

Somehow, this is the eternal story of barbarians attacking cities because they hate independent spirits and sophistication. This was already what was at play in the 90ies when Sarajevo was under siege by Serb fanatics. (Mind you, only people with a very short memory could believe fanatics are all Moslems. How wrong!)

For three long, horrible days, we too felt like a city under siege. Alerts, false or not, were coming from all directions. Red dots kept appearing and disappearing on the city’s interactive maps. We feared for our beloved ones while sirens were wailing every fifteen minutes as police cars and ambulances were being dispatched to various locations. We tried to keep working, and it was hard to focus.

For three days, I kept remembering what my friend David Pini was telling us about September 11 and the following weeks, when people were unsure about what would happen next. How the people of New York had become so kind and caring for one another, in the aftermath of the massacre. I hope we will react the way they did.

I am thinking about our British neighbours, who showed such a brave face after July 2007.

Words are getting difficult to find. I know silence is the enemy.

Tonight, I am Charlie.

I am Paris. I am Toulouse.

I am also London, and New York, and Madrid.

But I am also Peshawar, Mossul and Kabul, and Bali.

I am Algiers, which has suffered so much, and for such a long time.

So many cities, so many lives lost or devastated.

As a friend was writing to me a few hours ago, “the whole world is reeling with France. What is happening now is global. “

Indeed, it is global, and now that this specific attack – one in a chain, not the last one – is over, we need to stop and try to think about the meaning of all this. What does it call for?

I cannot help wondering: how will we look at one another, tomorrow, in the metro, in the streets, at work?  Will compassion prevail over suspicion?

Tomorrow, we will be marching in the streets of Paris. Perhaps one million people. Many more will be joining us in their hearts, watching on TV, sending tweets, and buying newspapers.

Debates will have to take place. Teachers will have to engage with those kids in the suburbs who believe that the dead cartoonists had deserved their horrible fate. Our future is at stake. What kind of society do we want to live in? We share a big responsibility.

But let us not end on a sinister note. Two of the most humorous remarks that came out on Twitter about the terrorists were: “they killed journalists, and died in a printing shop” and “the other one wanted to wage Jihad, and died in a Kosher shop”.

Or let us try this one: “how many Jihadists does it take to change a light bulb? – Light? What do you mean by “light”?” 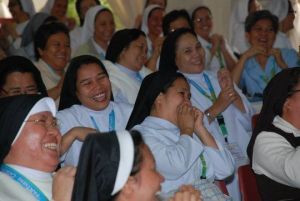 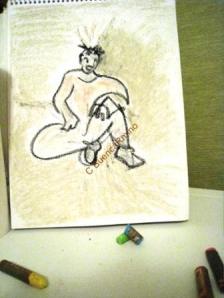 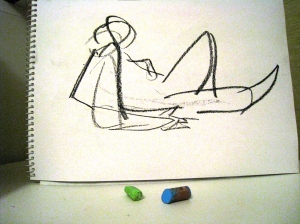 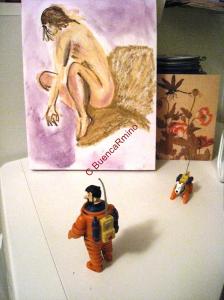 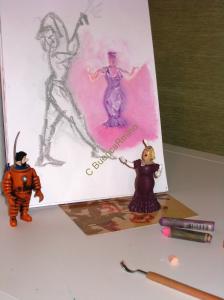